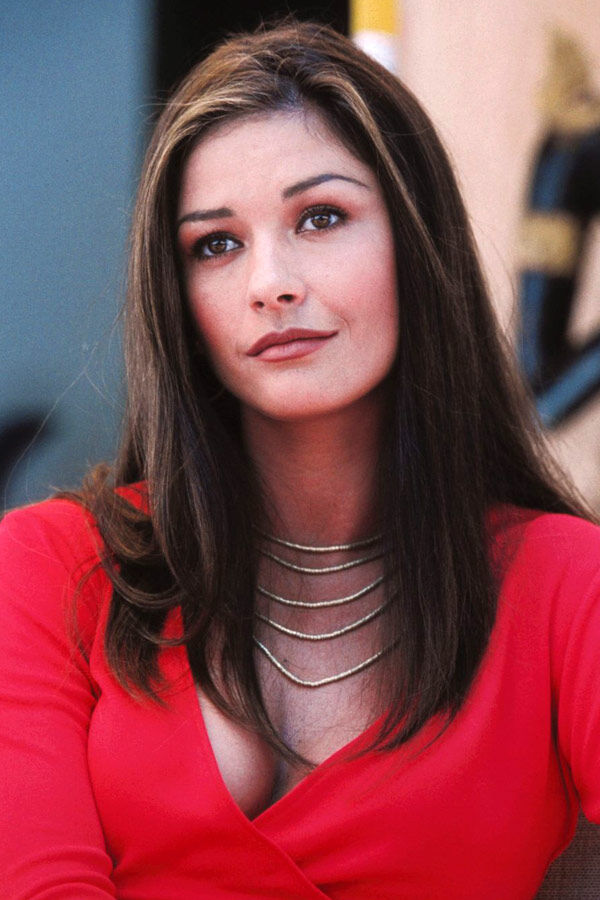 Marilyn Rexroth is the main character of the film, Intolerable Cruelty potrayed by Catherine Zeta-Jones.

Gus takes the evidence of infidelity to Rex's wife, Marylin Rexroth, whose primary motivation is obtaining wealth and independence via divorce. So Rex hires Miles Masey for the divorce case. And Marylin's friend, a serial divorcée named Sarah Sorkin warns Marilyn that Miles will be a dangerous opponent.

At first Rex and Marylin try to negociate an agreements with their respective lawyers, but they fail to reach an agreement at the meeting.

One night, Miles invites Marilyn for dinner, and he takes advantage she's not at her house and hires Gus Petch to brew at Marilyn home that night and photograph Marilyn agenda for him. Miles suspects Marilyn was only married to Rex for the interest and to gain a good fortune in the divorce.

In court, Miles gets the Baron Krauss von Espy to testify that Marylin had asked him to point out a man she could marry who was very rich, easily manipulated, and likely to be unfaithful. Marylin winds up with nothing after the trial, and Miles's aged boss, Herb Myerson, congratulates him.

Marylin wants revenge, so she plans to nail Miles and to get all his fortune. For the plan she searchs for the broke soap-producer Donovan Donaly (who's living on the street and is still clutching his Emmy statuette) that is also looking for revenge from Miles.

Soon after, Marylin shows up at Miles's office with a person she says is her new fiancé, supposedly an oil millionaire named Howard D. Doyle (Billy Bob Thornton). Marylin insists on the Massey prenup saying she is in love and doesn't want Howard's fortune, But at the wedding, Miles sees Howard destroy the pre-nup during the wedding, in a demonstration of love to Marilyn.

Six months later, while visiting Las Vegas to give the keynote address at a convention for divorce attorneys, Miles bumps into Marylin. The rumor is she's now divorced and with the huge fortune of Howard D. Doyle. She's now richer than Miles.

Marilyn is now disenchanted with her wealthy but lonely life, having divorced Howard and received the vast Doyle Oil fortune. But Miles is thrilled with her. they marry on the spur of the moment. He signs the Massey prenup, but she tears it up in a demonstration of love.

While Miles ran into Marilyn in Las Vegas he finally asks her out for a dinner. During the dinner they both share their feelings with each other especially Marilyn confessing that she is living an unhappy life and does not know what to do. At the end they were both weren't hungry and both of them thought about each other while on the elevator.

During the next few hours Miles receives a call from Marilyn and she tells him that one of her friends has died and wishes to be with someone for the rest her life. Having feeling sorry for Marilyn, Miles decides they will get married immediately and it was the first time that Marilyn is in love. The two share a kiss and Miles romantically carried Marilyn all the way to the romantic suit where they both make out.

The next morning a disheveled Miles announces at the convention that love is the most important thing, and that he is abandoning divorce suits in favor of pro-bono work. Marilyn confesses to Miles that he will always be his favourite husband.

Then Miles discovers that "Howard D. Doyle" was just an actor from one of Donaly's soap operas. Marylin has tricked him, and now Miles' wealth is at risk.